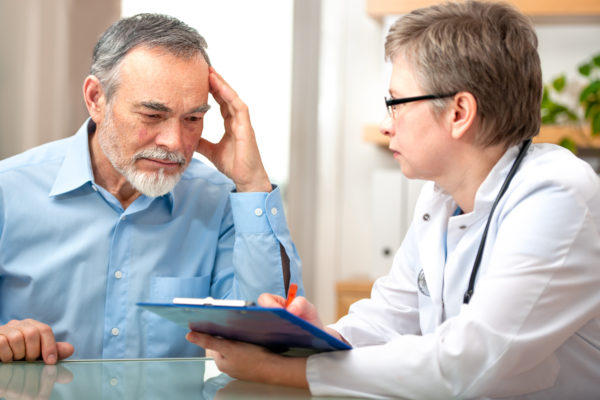 Some preliminary research has found that patients who develop tooth decay and gum disease have a higher risk of developing Alzheimer’s disease. This type of research is why the Twin Peaks Family Dental team always tells our patients that their oral health determines their overall health.

Now, a new study suggests that treating gum disease in patients with Alzheimer’s disease can potentially improve their cognitive function.

Research has found that in patients experiencing cognitive impairment, a lack of regular oral hygiene routine or professional care increases the severity and prevalence of oral health problems, such as gum disease and tooth loss. Recent data suggests that the microbiota of dental plaque linked to the development of gum disease plays a possible role in the development and progression of Alzheimer’s disease. This data supports the idea that a two-way interaction exists between these diseases.

Researchers examined the relationship between gum disease and Alzheimer’s disease in a recent comprehensive review. This review included a detailed examination of the biological, genetic, and pathophysiological mechanisms that link these two diseases.

In their study, the research team noted that when oral bacteria (P. gingivalis) moves from the mouth to the brain, it introduces gingipains to brain tissue, which causes neural toxicity and the release of destructive inflammatory mediators that lead to a decline in brain function.

Researchers believe that gum disease should be considered a known risk factor for Alzheimer’s disease based on their findings.

By reducing the buildup of oral bacteria in the mouth, patients can reduce the amount of inflammation that develops in the mouth. Not only will this reduce their risk of developing more severe cases of gum disease, but it may also reduce the severity and prevalence of Alzheimer’s.

Protecting Your Oral and Overall Health

In addition to pointing out the connection between a patient’s gum and cognitive health, researchers also highlighted other studies that have found clear links between gum disease and a host of other chronic illnesses. Studies have shown that patients who develop gum disease also have a significantly higher risk of developing health problems that include heart disease, diabetes, arthritis, and cancer.

The theory behind what enables gum disease to promote the development of these diseases is simple. Oral bacteria in the mouth enter the bloodstream through cuts that develop in gum tissue when patients develop gingivitis, an early form of gum disease. Once in the bloodstream, oral bacteria can move throughout the body and settle in areas like the heart and brain.

The body reacts to this harmful bacteria when in the heart or brain the same way it does when in the mouth – it triggers an inflammatory response. Prolonged inflammation contributes to health problems like heart disease, stroke, and dementia. That’s why a patient’s oral health remains so essential.

By preventing the development of gum disease, patients can prevent oral bacteria from building up and moving throughout the body. If oral bacteria remains in the mouth and small quantities, the risk a patient’s overall health faces from P. gingivalis dramatically decreases.

Successfully protecting your health from the risks linked to gum disease requires daily brushing and flossing and scheduling regular exams and cleanings with the team at Twins Peaks Family Dental.